There are many different knife blade types and uses, depending on the shape of the knife’s spine as well as what it is being used for. For instance, a hunting knife would have a straight and smooth spine with a sharp point, most likely made from steel, while a scissor knife would have a curvature that curves around the spine and has a ridged point. While there are differences in shape and purpose, there are some general uses that are consistent among all types of knives.

The spine of a knife is the portion that connects the blade to the handle. This area is called the “cap.” The point on the spine that is straight is called the “sight,” and the curve on the spine that is concave is called the “back spine.” All of the knife blades, especially those used for cutting and paring, have a spine that has a degree of curvature to it. The curve adds mobility to the knife, allowing it to be used both as a slicer and a razor. Since this part of the knife has a large impact on its functionality, it is important to ensure that the knife’s spine is as balanced and functional as possible.

Another important factor to consider is the shape of the knife blade itself. The most common shape for knives is the round “C” shape, since it is the most functional and widely available. However, there are many other knife blade types and uses that are not limited to round shapes. Some knives, for example, feature an egg-shaped curve on their back (known as a “Y” shape). Other back knives have an extended “C” shape, with additional curved sections on either side of the spine. 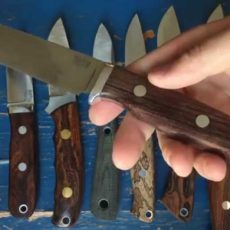 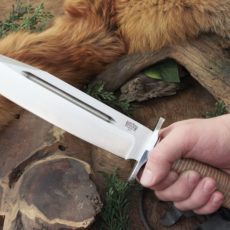